Whether jellyfish occurrence is increasing worldwide is still under debate. In the Belgian continental shelf, the occurrence of jellyfish swarms may be problematic for at least two reasons: tourism and marine ecology. In the summer 2013, many people have suffered from jellyfish’s stinger during recreation at the seaside in Belgium (Fig. 1). A less visible but important nuisance is the impact of jellyfish swarms on the fish larvae and the trophic chain in the sea.

During their life cycle, jellyfish organisms exhibit a benthic-pelagic cycle with a medusa phase (pelagic) and a polyp phase (benthic). In order to understand better the jellyfish life cycle, to formulate and test hypothesis, systematic field observations are needed. Currently we are aware of the jellyfish presence when they strand on the beach, but we know nothing about the swarms outbreaking at sea. A network of observation is under construction. 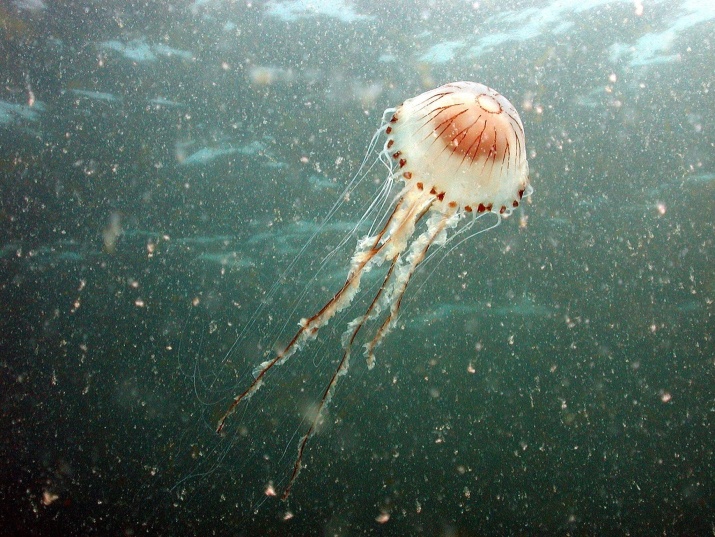 Figure 1: Chrysaora hysoscella, aka compass jellyfish, is a stinger for human (courtesy A. Norro, RBINS / OD Nature). The white spots in the water are zooplankton and other small organisms. 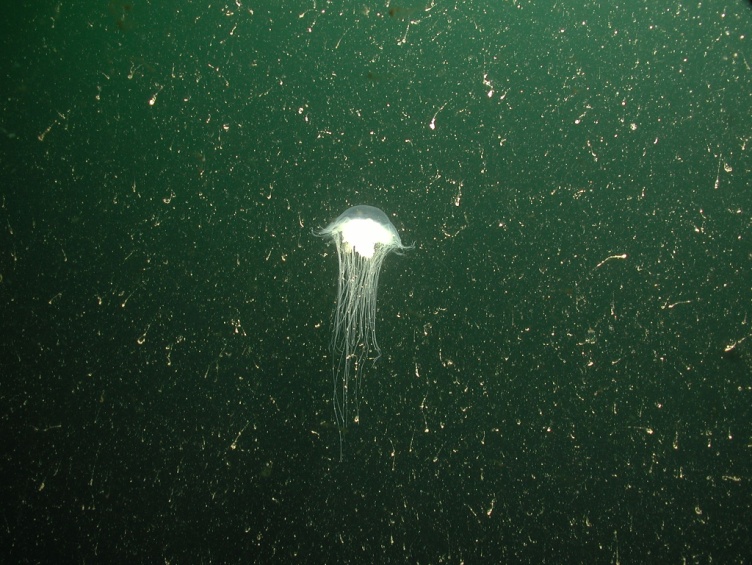 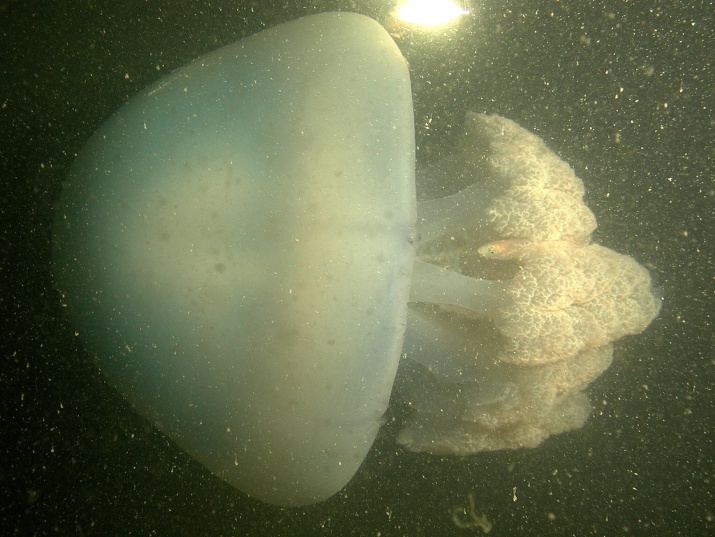 We are developing biological models to reproduce the complex biological cycle of jellyfish and also to understand the origin and the cause of jellyfish swarms (under development). Currently, a Lagrangian particle model is used to backtrack the potential original location of an observed jellyfish swarm (model developed by Valérie Dulière, see Fig.4). 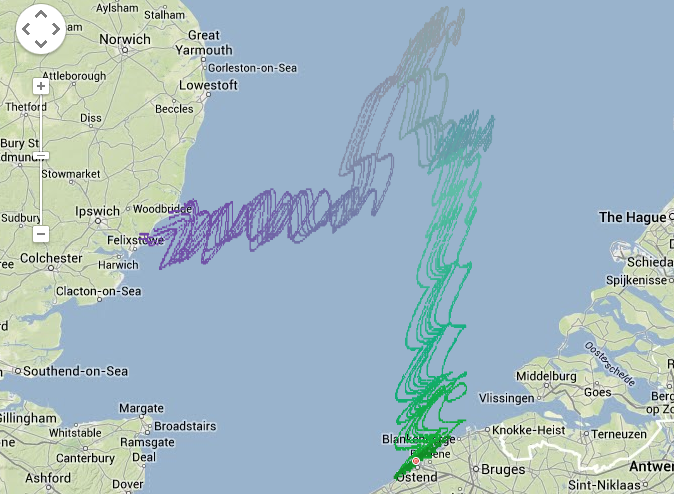 Figure 4: Results of the Lagrangian particle model. A jellyfish swarm stranded on the Belgian coast (Oostende) on the 25th of May 2013 is backtracked, and its probable origin would be the UK coast (courtesy V. Dulière, RBINS / OD Nature).