The total length of telecommunication cables in Belgian waters is over 900 km. The cables lie buried in the seabed at varying depths. They consist of two types of cable: coaxial cables, laid between 1950 and 1988, and fibre optic cables, laid since their introduction in the 1980s. Not all of the cables are still in use.

The total length of power cables is over 200 km, a number which is steadily increasing with more wind farms being connected to the grid. In 2017-2018 the NEMO cable was constructed: a high-voltage DC cable connecting Richborough in the United Kingdom with Zeebruges in Belgium. 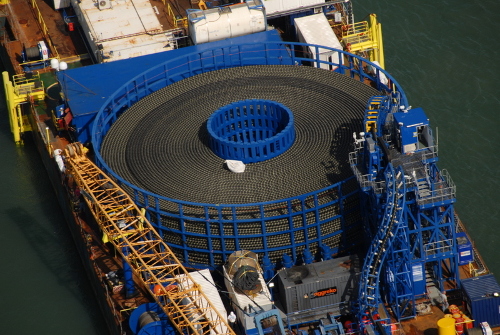