How do we operate?

Ringing Centers are hosted in scientific institutions. They operate in a network for over 100 years and exchange daily information about ringed and recovered (which means found after having been ringed) birds. Since 1963, all the European Ringing Centers operate under the coordination of EURING. EURING provides among others the consistency of data coding, organises a one-stop access to data recovery in Europe and develops pan- European research programs.

In Belgium, it is the Royal Institute of Natural Sciences (RBINS) that organises the ringing of wild birds. The first birds were ringed in 1927, making it one of the longest scientific programs of the RBINS.

Ringing Centers operate as a network between them, but each one also organises on its own level a network of certified volunteer ringers. The current certification process in Belgium is one of the most demanding in Europe. To become ringer of the RBINS and receive the legal authorization (ringing permit) to capture and ring wild birds, he or she must follow a training period of minimum 4 years within a ringing group and successfully present two exams. This system ensures the competence of ringers and therefore the quality of the data collected.

In Belgium, ringers always work in teams; there are 51 ringing groups totalizing around 350 ringers. These are distributed throughout the country but with a lower coverage in Western Ardennes, in Hainaut and Gaume.

The activity of ringers is framed by the legal authorization granted by the competent authorities and by the working procedures issued by the RBINS. The ringers give the highest priority to minimise disturbance to the birds, and then to ensure the quality of the data collected (identification of the species, age, sex, biometrics, information about the habitat, the biological status) and to encode and transmit the data at regular intervals to their ringing group leader who, after validation, send them to the RBINS.

Over the past 10 years (2005-2014), on average 666,000 wild birds were ringed annually in Belgium. More than 95% of the data are computerised with the PAPAGENO software. This program, developed since 2000 by Paul Vandenbulcke allows each ringer to encode and transmit the data he or she has collected but also to analyse and eventually map them. The data from each ringing group are merged in a central database, via a new verification procedure, also organised by the PAPAGENO software. This central database currently has 13,000,000 ringing data covering the period 1927 - today. In addition, about 10 million historical data are available in print. Specific encoding of them is regularly undertaken.

When a bird with a ring is found (“recovered”), whatever the distance separating the two localities, regardless of the number of days elapsed between ringing and recovery, be it a bird ringed in Belgium or abroad, ringing data are brought together with recovery data. This process leads to the edition of a recovery sheet compiling all information available regarding this particular bird. The data are at the same time incorporated in the second essential database of BeBirds: the recovery database. It currently (December 2015) holds 770,000 records. It is this database that feeds the studies and therefore the knowledge on migration routes and demographics of wild birds.

Recoveries (findings and observations) of ringed birds are reported either by ringers - Belgian or foreign - which control a bird already carrying a ring while they mark new ones, either by members of the public. The bird can have entered a house, caught by a cat, or a natural predator, injured following a collision with a vehicle, hunted. The possible causes are numerous and the fact to record them allows, data after data, year after year, to know more about their impact, their proportion, their evolution over time and within areas.

Every person reporting a ringed bird is systematically informed of the ins and outs of his or her finding by the sending of a recovery sheet compiling all available data on the bird found. The time needed to edit and thus to send the recovery sheet depends on the immediate availability - or not – of the ringing data. It is also a function of the validation process. Each recovery is indeed closely checked by an ornithologist to ensure the best possible quality of the recorded information.

You understood, it is a painstaking work! Data after data, knowledge progresses. Each information counts, each discovery of a ringed bird reinforces assumptions, offers new ones, eliminates others, allows to see evolutions, to raise the alarm bell, to deliver objective information to change laws. The very active network of Belgian ringers represents an immeasurable expertise that can quickly respond to new issues such as monitoring pathogenic viruses among wild birds or helping to control the illegal trade of protected species.

That's how the wild bird ringing system works. But, based on its data banks, among the top five in the world, and the expertise of its network of ringers, BeBirds develops complementary activities.

Several research programs are underway, mostly through external collaborations (both national and international). The main topics of expertise of the Belgian Ringing Centre are studying migration routes and strategies, population trends, the problematics of invasive species, the long-term monitoring of fragile species and epidemiological surveillance in birds wild. The list of publications making use of data collected during the work of the Belgian Ringing Centre works is available .

The data gathered as part of the Belgian Ringing Center activities are not reserved to the latter! The researchers, amateurs and professionals, as well as the competent authorities can access data by filing a request. BeBirds aims to be a center for collecting and making available scientific information.

Who says scientific research says education. Training is also a point that is close to our heart. The Ringing Centre works directly with Universities and High Schools to offer training periods and thesis subjects to students in bachelor or master.

Sharing knowledge with the public is also an important objective of BeBirds, as is for instance done on the Falcons for everyone web site. This allows the general public to understand the interest of scientific monitoring but also offers the opportunity to discover this natural heritage that we want so much to see preserved.

BeBirds – the Belgian Ringing Center - is a unit of Operational Direction "Nature" of the RBINS and operates within its 4 strategic objectives: 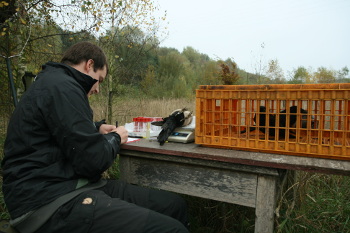 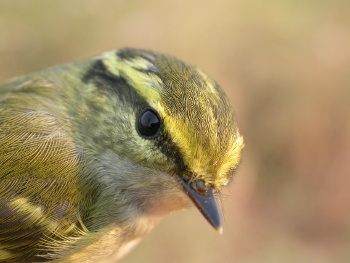