Ships that burn fuel containing sulphur emit sulphur dioxide (SO2) and this can have negative effects on human health and the environment. The impact of air pollution caused by ships in the North Sea is not limited to coastal areas, but can penetrate inland. This is why the International Maritime Organisation has imposed stricter standards on the sulphur content of fuels used by ships in some marine areas. These new standards, laid down in Annex VI of the MARPOL 73/78b Convention, and implemented at the European level by Sulphur Directive 2012/33/EU, have been in force since 1 January 2015. The new legislation reduces the maximum sulphur content of fuels for ships from 1% to 0.1% in the so-called “Sulphur Emission Control Areas” or SECA areas, of which the North Sea and the Baltic Sea are a part.

SO2 emissions from maritime shipping can be monitored from land and from the air. Monitoring from land is carried out aboard ships in harbours, by the shipping inspection services and by means of mobile or fixed sniffer sensors placed in a harbour, along a coastline or estuary or on an island or bridge in the immediate vicinity of a shipping lane. These land-based sensors can monitor emission gases from passing ships but have a limited range. Ships which pass through Belgian waters but do not have a Belgian port as their destination can only be monitored at sea if this is done from the air. It takes just a few seconds for the sensors to analyse the SO2 content of the fuel used. Ships identified at sea as having suspect values in their smoke plume can be signalled as a priority for a full range of checks the next time they put in at a European port of call.

To enforce compliance with the new regulation the MUMM Scientific Service joined forces in 2014 with the other maritime authorities of the North Sea and Baltic Sea countries to create the CompMon (Compliance Monitoring) network. In 2015 the CompMon network launched a project under the European financing programme, the Connecting Europe Facility (CEF): “Compliance Monitoring pilot for Marpol Annex VI (CompMon)”. The MUMM joins the Federal Department of Mobility to form the Belgian partner in this CEF project. In 2015-2016 the project operators will carry out a total of 150 monitoring flights over the sea with a sniffer fitted to the aircraft.

An initial test campaign was carried out in October 2015 using a sniffer prototype developed by Chalmers University in Sweden. In 17 flying hours over the sea 150 ships were checked in the Belgian marine areas and the joint responsibility zone identified under the Bonn Agreement. Several ships with suspicious sulphur emissions were reported to the Belgian harbour inspection service for further checks.

In 2016 the MUMM purchased a new sniffer, co-financed by the EU under the CompMon project. This sniffer will be supplied and fitted in the summer of 2016. In the autumn of 2016 the MUMM will devote about 125 flying hours to the monitoring of sulphur emissions from vessels in and around the Belgian marine area. About 1000-1500 ships will be monitored for sulphur emissions from the air during the CompMon project. 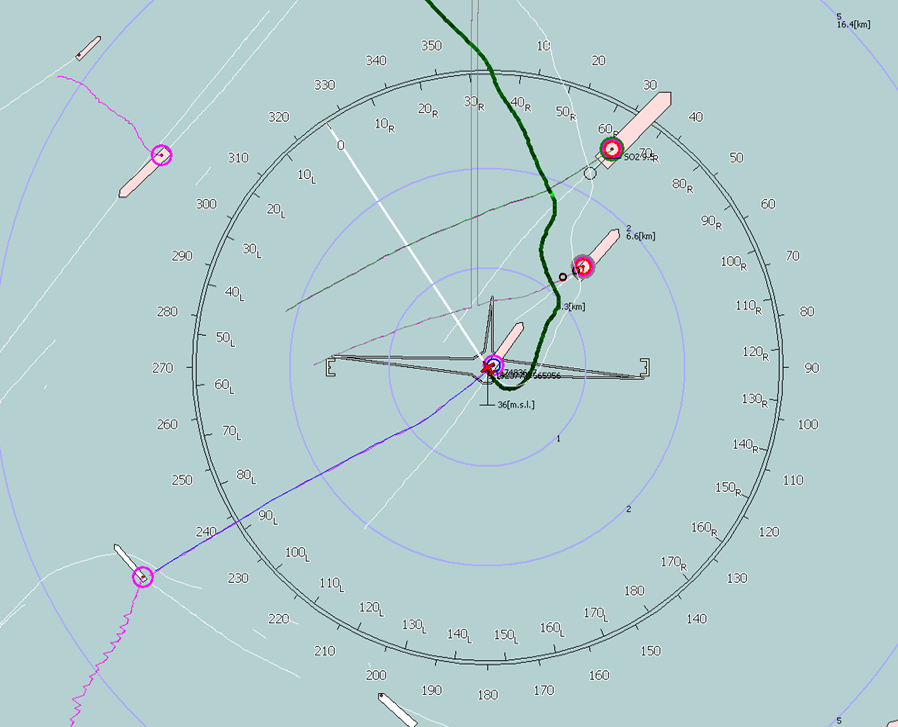